Letters from the Lunar Outpost

The Debate Between Low-Fat and Low-Carb Diets Is Over

For decades, Big Sugar and the Corn Syrup Industry worked hard to keep America focused on the intuitive idea that less fat in your diet would equate to less fat on your body. Unfortunately, the hidden trade off was that for almost anything advertised as low-fat, the “low-fat” translates to “loaded with sugar”.

Low-carb diets on the other hand, rely on the counter-intuitive idea that you can get thin by eating more fat.

With every new diet that comes out, there’s a sense of hope and excitement that with this latest diet, modern science has finally delivered to us the magic diet that will outperform all the diets that came before it. Currently, the Keto and Paleo Diets are hailed as the latest and greatest, but it helps to remember that these diets are really just spin-offs from the Atkins diet of the 1970s and low-carb diets themselves can be traced back to 1825.

Here’s an interesting thing I learned on the way to my yearly resolution – if you want to drop some pounds, the debate as to which diet will give you the best shot is over. When it comes to low-fat vs. low-carb, a recent Stanford study shows that neither one is any more effective than the other! That’s right, for all the focus diets place on the types of calories we consume, it’s really not the quality but the quantity.

The study took 609 participants aged between 18 and 50 with a roughly equal split of men and women and randomized them into a low-fat group and a low-carb group. They were then instructed to maintain their diets for a year and from the 80% who managed to stick with it, here are the results:

For all the faith I had placed in different diets at different times, what a shock to see the results between the low-fat dieters and the low-carb dieter nearly identical.

Diets will come and diets will go, but there are three axioms worth holding:

• There is no magic diet and there is no magic pill.
• Stay active and burn more calories than you consume.
• Avoid the processed foods and shop the outside perimiter of your grocery store.

Pro tip: Journaling with an app like Cronometer can do wonders in helping you track your calories burned vs. calories consumed. 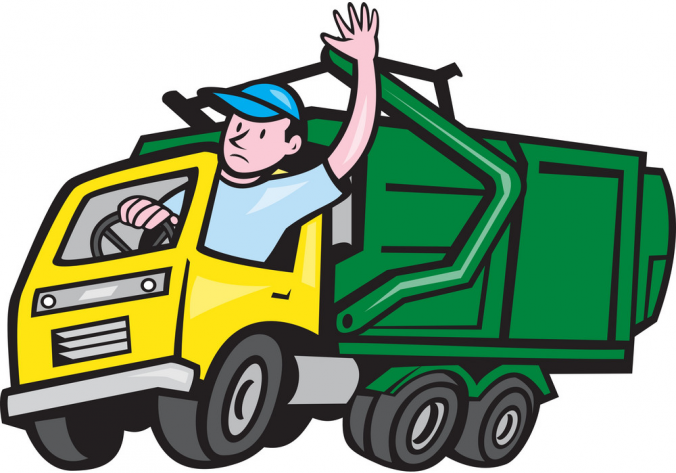 Recently, I was taking an Uber to the airport when a car pulled right in front of us, causing my driver to slam on the brakes, skidding and missing the other car by inches. The driver of the other car whipped his head around and started yelling at us.

My driver just smiled and waved at the guy and he was friendly and sincere in doing so. I asked him, “How can you smile and wave at that guy? He almost ruined your car and sent us to the hospital!”

This is when my driver taught me what I now call, “The Law of the Garbage Truck”. He explained that many people are like garbage trucks. They run around full of garbage, full of frustration, full of anger and full of disappointment. As their garbage piles up, they need a place to dump it and sometimes they’ll dump it on you.

He said, “Don’t take it personally. Just smile, wave, wish them well and move on! Don’t take their garbage and spread it to other people at work, on the streets or at home. The bottom line is that stress-free people do not let garbage trucks take over their day.”

Life’s too short to wake up in the morning with regrets, so love on the people who treat you right and pray for the ones who don’t. Life is ten percent what you make of it and ninety percent how you take it!

Have a garbage-free day.

Theme by Anders Noren — Up ↑